The procedure of the External Complaints Committee (hereinafter referred to as EKC) is as follows:

Submission of the complaint

Admissibility of the complaint

If the complaint is declared admissible, the defendant will be notified of this in writing by the official secretary, accompanied by the procedure of the EKC if this is not included in the complaints procedure, and the confidentiality statement.

Advice from the committee

Within two to four weeks after the EKC has issued its advice, the competent authority will send a reasoned decision in writing to the complainant, the defendant and the EKC.

EKC advises to keep the advice in a sealed envelope for two years in the personnel file of the complainant and defendant and destroy it thereafter. EKC itself destroys all data after the end of the reporting year.

EKC complies with the legislation in the context of GDPR. No confidential, personally identifiable information is provided by e-mail. The computer and mobile phone of the members of the EKC and the official secretary are locked with a password/pin code. 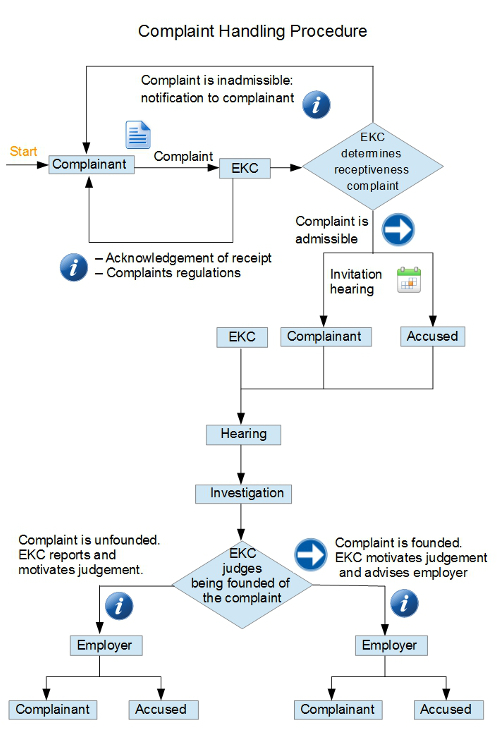